The alpha version is a constantly updating in-development version of Sensei. This version will receive every update before it gets rolled out into the stable version.

Installing the alpha version can be done by adding a plugin repository in the IDE's settings which links to a seperate release channel on the IntelliJ marketplace.

When this is done, the plugin can be installed or updated just the same as the normal version would be installed. After refreshing the list of plugins, the Sensei plugin should show up with a version that is ending in either -alpha.X or -rc.X (where X can be any number). 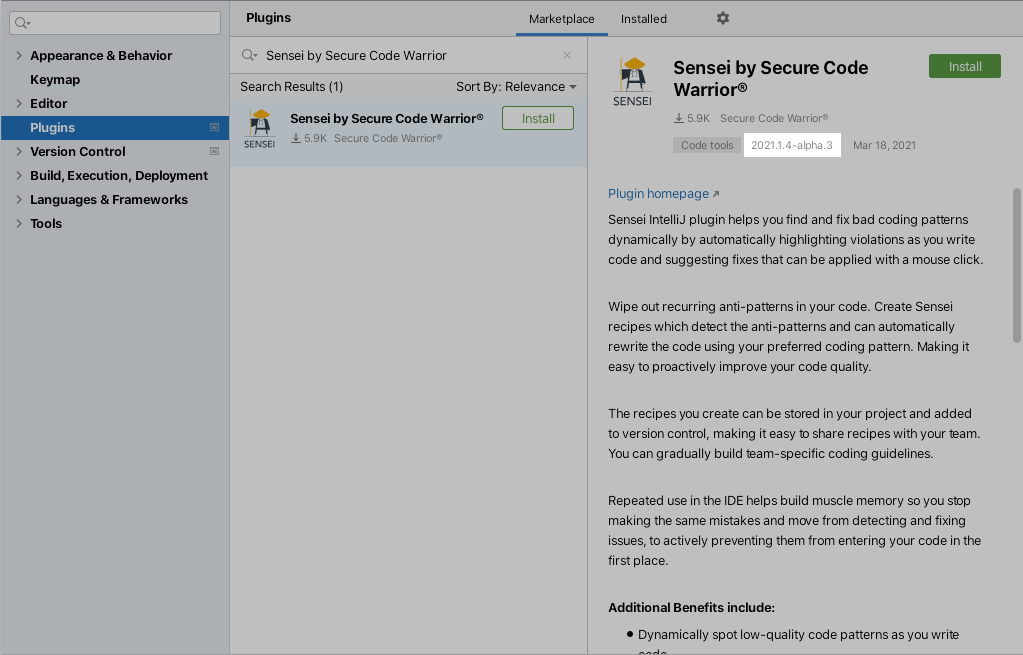